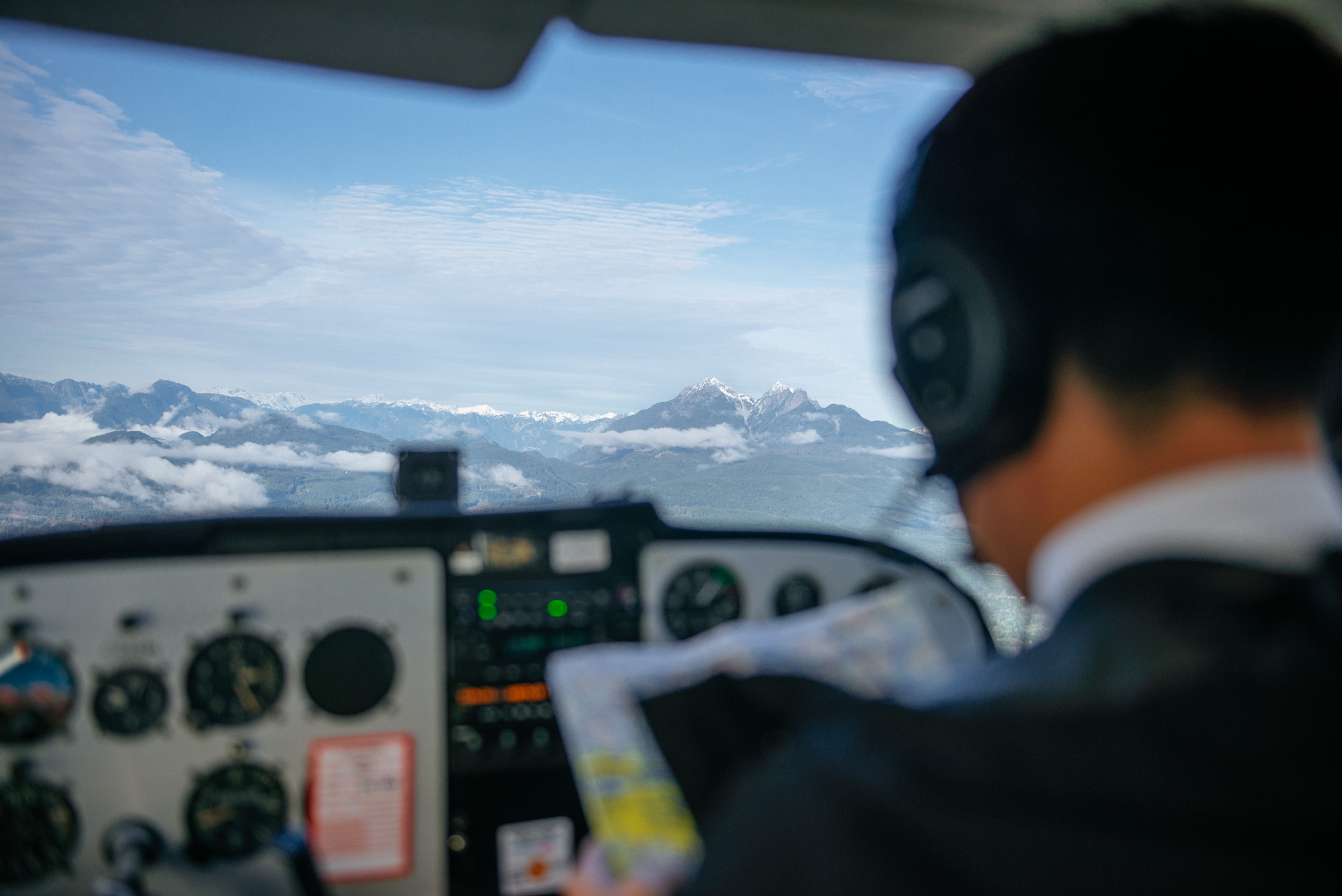 The Purpose of Commercial Pilot Program is to produce graduates who are capable of performing duties of Commercial Air-Pilots as regulation by Transport Canada.

Age: An applicant must be a minimum of 18 years of age
Medical Fitness: The licence is maintained by a valid Category 1 Medical
Knowledge:

Within the 12 months preceding the date of application for the permit, an applicant shall successfully complete a flight test in accordance with:

Tuition for Air and Ground Instruction

The estimated total above is based on Cessna 152 not including the application and administration fees. All prices listed are before tax.

The estimated total above is based on Transport Canada minimum requirements. The length of training depends on a number of factors and costs will vary accordingly. Any additional training will be charged at the same hourly rates listed above. Aircraft costs may change based on fuel prices.

The estimated total above does not include any external cost that the student maybe required to pay outside of Acadia College such as the medical exam, written exam, and flight test.

All Prices are in Canadian Dollars (CAD).

Commercial Pilot Licence  was reviewed and approved by the registrar of the Private Training Institutions Branch (PTIB) of the Ministry of Advanced Education and Skills Training.

*There will be 3% surcharge on credit card payments.